For the first eleven months of 2019, US’ foreign trade accumulated a deficit of USD 786bn 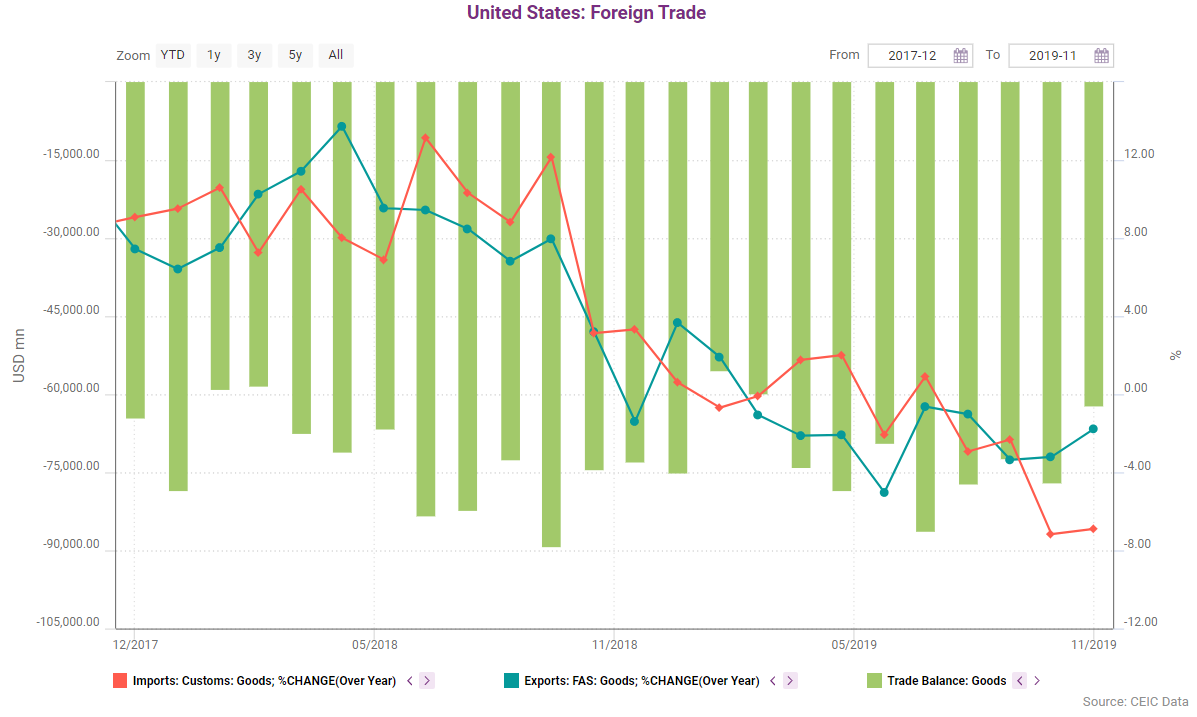 China, one of the key trading partners, traditionally records trade surplus with the US. Since the beginning of 2019 up until the end of November, the US registered a trade deficit with China in the amount of USD 319.8bn, with exports staying at USD 99.69bn and imports – at USD 419bn, both declining by 11.37% y/y and 15% y/y, respectively.

Detailed data and analysis on United States’ Foreign Trade can be found in the CEIC US Economy in a Snapshot – Q4 2019.