Russia’s unemployment rate stood at 4.6% in December 2019. The figure remained unchanged from the previous two months which is a sign of a stable labor market. However, regional differences were observed.

The unemployment rate in urban areas remained stable at 3.9%, whereas in the rural areas the figure kept increasing since September, eventually reaching 6.9% in November and December.

On an annual basis, the nationwide unemployment rate stood at 4.6%, which is an improvement compared to 4.8% in 2018 and the lowest figure during the last decade. By contrast, the highest annual average unemployment rate in Russia was recorded in 1999 - 13.03%. 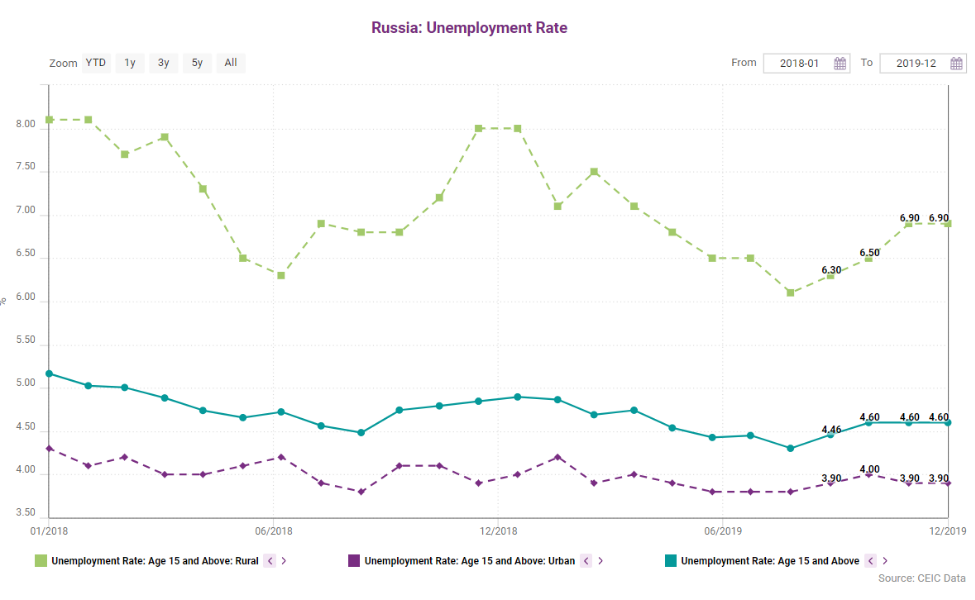 Detailed data and analysis on Russia’s Labor market can be found in the CEIC Russia Economy in a Snapshot – Q3 2019.

The Impact of the Novel Coronavirus on China, Asia, & the Global Economy