The outstanding loans in Brazil grow by 15.9% y/y in August

The number of outstanding loans in Brazil rose by 15.9% y/y in August, standing at BRL 4,335bn 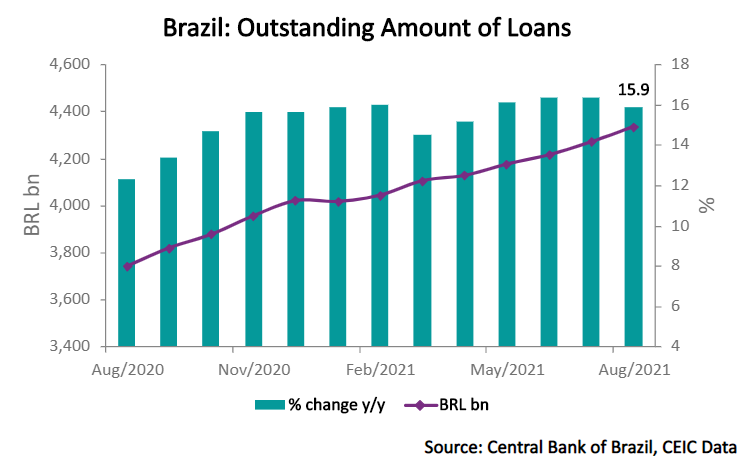 The average interest rate for new loans reached 21.1% in August, the biggest rate in 15 months, in line with the hike in the benchmark interest rate, the Selic, by the central bank. The non-performing loans rate stood at 2.3%, which is unchanged since May.

Further data and analysis on Brazil’s economy are available on the CEIC Brazil Economy in a Snapshot – Q2 2021 report.