In September, the manufacturing PMI in the United States improved to 51.1, the highest in five months, after hitting the bottom of 50.3 in August.

In contrast, the industrial activity in the Euro Area continued to worsen with the manufacturing PMI falling to 45.7, the lowest since 2012. 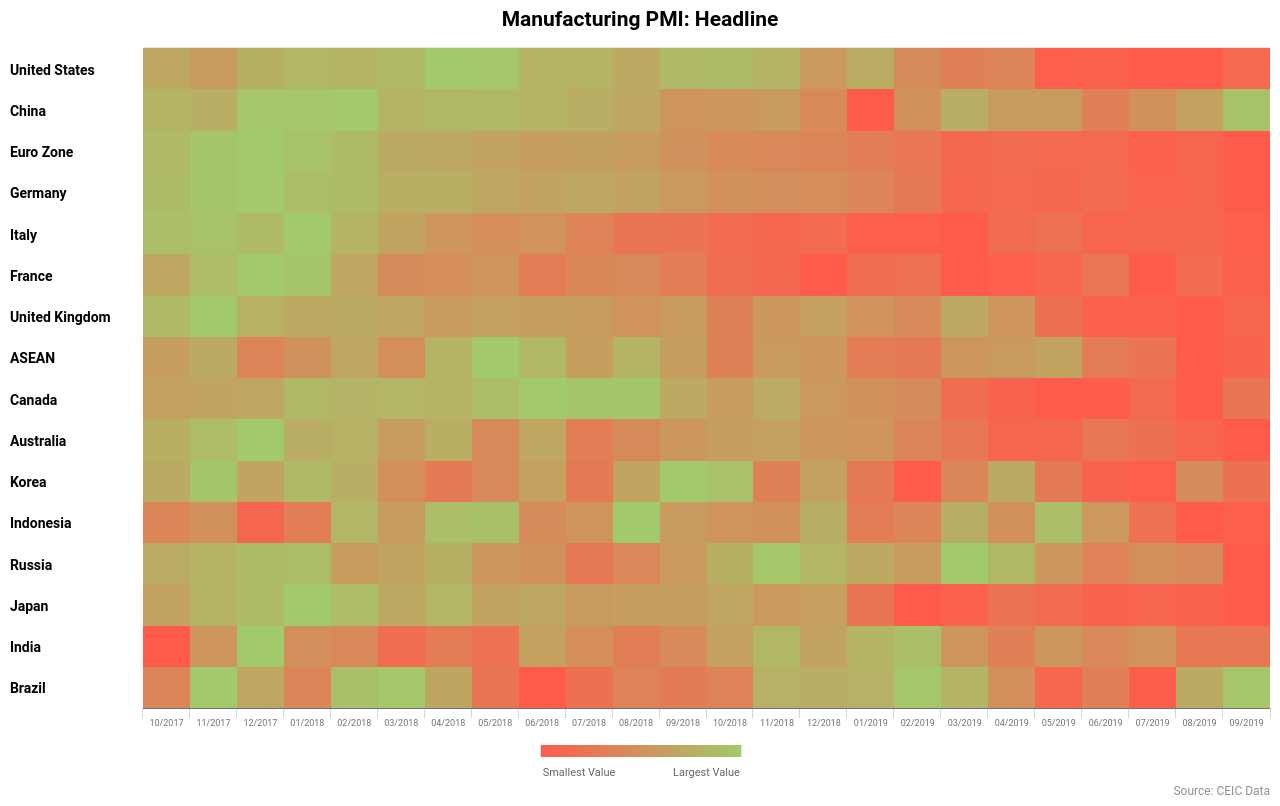