The October 2019 PMI in the United States and China stood at 51.3 and 51.7, respectively, above the 50 threshold, which divides growth from contraction.

On the other hand, the industrial activity in the Euro Area continued to worsen with the PMI reading 45.9, which is the lowest level of the year.

Among the surveyed countries, the lowest figure was recorded in Germany (42.1) and the highest - in Brazil (52.2). 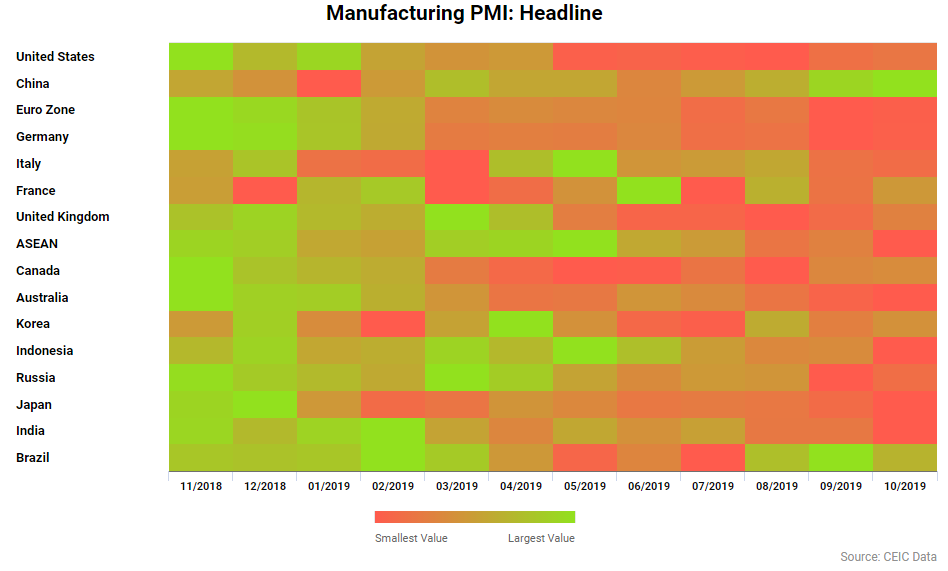