The December 2019 Purchasing Manager’s Indices (PMI) in major economies posted mixed results. The US PMI remained relatively stable at 52.4, slightly decreasing from 52.6 in November. China’s manufacturing PMI slipped to 51.5, which is 0.3 points lower than in November 2019.

The PMI figures for both economies are above the 50 threshold which means the manufacturing sector is expanding. For the full year 2019, China’s PMI showed a continuous upward trend starting from 48.3 in January 2019, which was the lowest figure for the year. On the other hand, the manufacturing PMI in the US bottomed out in August at a level of 50.3 and recovered afterwards.

In the Euro Area, the index continued to weaken reaching 46.3 in December 2019, slipping from 46.9 in November 2019, and below the 50 threshold, which divides growth from contraction. Among the surveyed countries, the lowest figure was observed in Germany (43.7) and the highest in India (52.7). 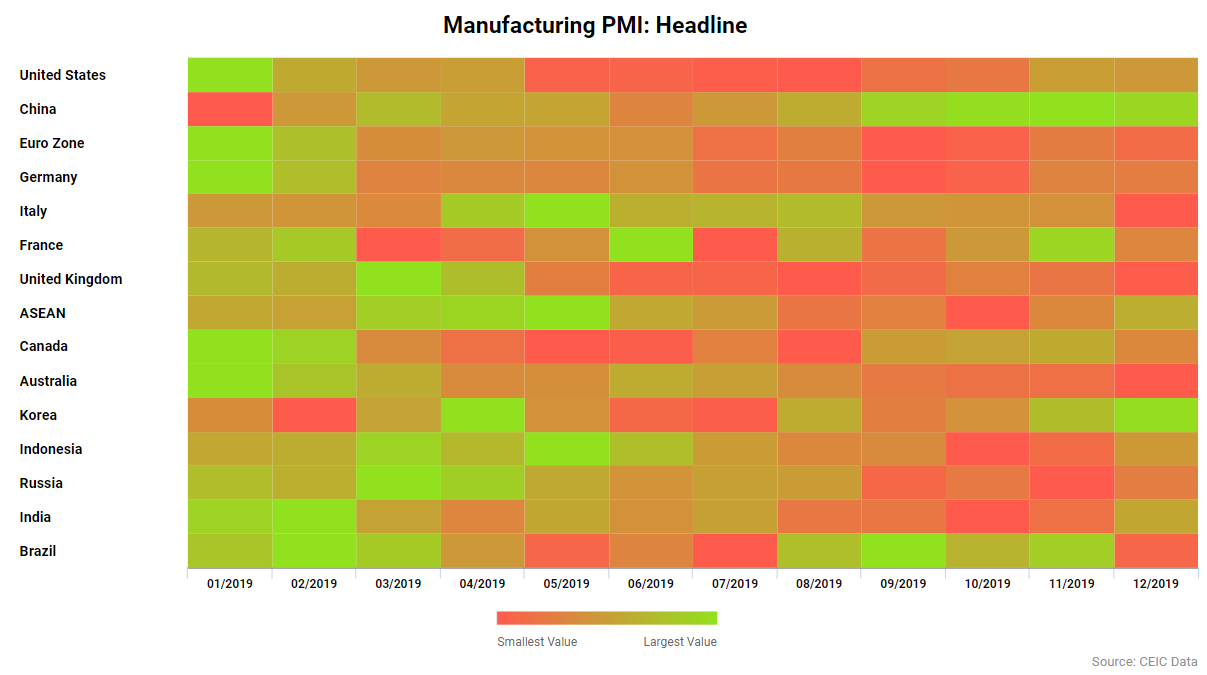