Industrial production growth has experienced a downward trend since 2017, and the October data is the weakest since July 2014.

The slowdown in October was mainly due to deceleration in the manufacturing sector (2.24% y/y), contraction in the mining (-5.8% y/y), which both combined account for over 90% of the country’s production.

The breakdown analysis reveals that in October 2019, the growth in manufacturing of petroleum, rubber & plastic products remained sluggish at 1.04% y/y (from 2.14% y/y in September), while the electronic items accelerated to 2.4% y/y (from 0.79% y/y). 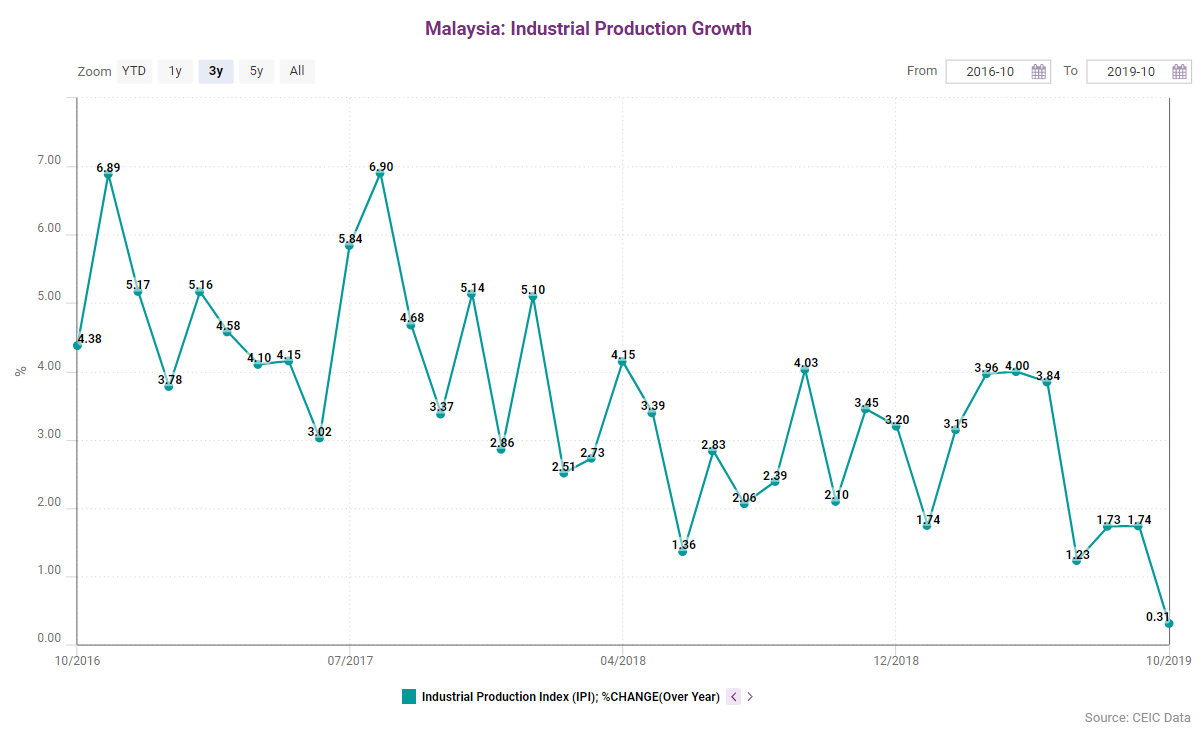 Detailed data and analysis on Malaysia’s Industrial Production Index can be found in the CEIC Malaysia Economy in a Snapshot - Q3 2019.