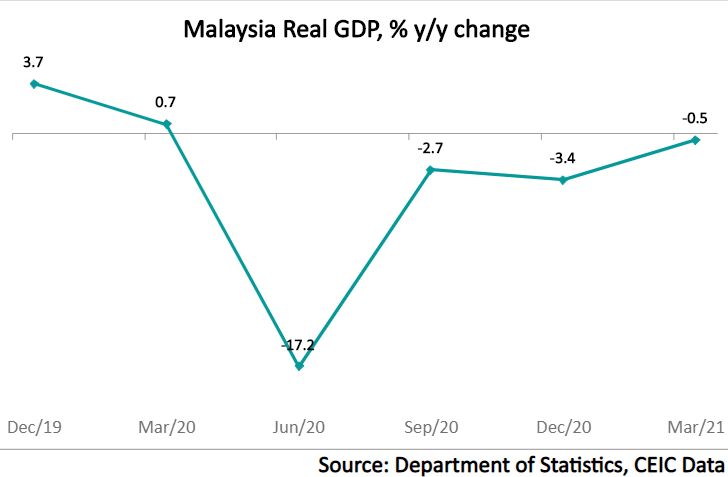 Malaysia's economy received a lift from government consumption, which grew by 5.9% y/y, and a huge rise in goods and services export volume of 11.9% y/y, underpinned by strong demand for semiconductors, which in turn supported manufacturing output, although imports also rose strongly, by 13% y/y in response to stronger domestic demand. Private consumption continued to fall, but at the slower pace of 1.5% y/y, while gross fixed capital formation (investment spending) also declined, at a reduced pace of 3.3% y/y.

Sign in for further data and analysis on Malaysia’s economy on the CEIC Malaysia's Economy in a Snapshot – Q4 2020 report.

China and the United States: Co-operation and Competition Report

The industrial entrepreneurs’ confidence indicator in Brazil grew by 3.2 points m/m to 61.7 in June.
Articles

India Monetary Policy: What are the Experts Looking At?