Brazil's busiest airport had 1.15mn passengers in March compared to 1.6mn in February. 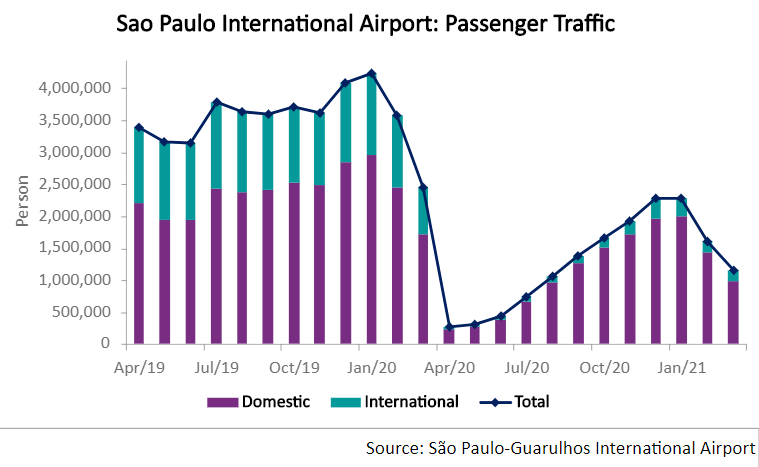 Passenger traffic at the Sao Paulo airport was steadily increasing from April to December 2020, but followed a downward path afterwards amid the complicated pandemic situation in Brazil.

Further data and analysis on Brazil’s economy is available on the CEIC Brazil Economy in a Snapshot – Q1 2021 report.

Inflation in the US keeps accelerating

Brazil’s industrial confidence improves in May