The increase is one of the government’s measures to lower the nation’s public debt. Further, the government intends to fund social welfare programmes. The tax hike applies to goods and services but for the most food items it will remain at 8%. 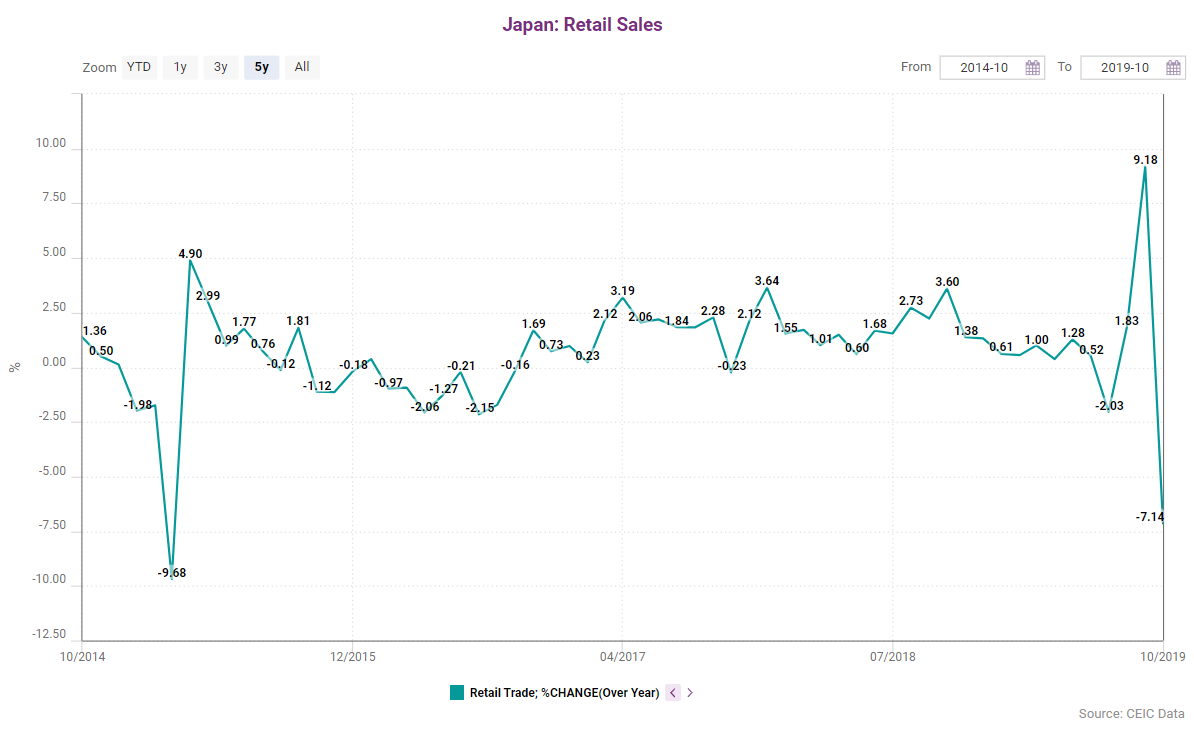 Detailed data and analysis on Japan’s Retail Sales can be found in the CEIC Japan Economy in a Snapshot - Q3 2019.