The rise in inflation was caused by higher food and beverage prices (6.93% y/y in October).

The inflation in India has seen a continuous increase since bottoming out in January 2019. In October 2019, it rose to 4.62% y/y, jumping from 3.99% in September 2019, and remaining well within the target range of 2%-6%, giving the regulators room to carry out policy rate cuts. 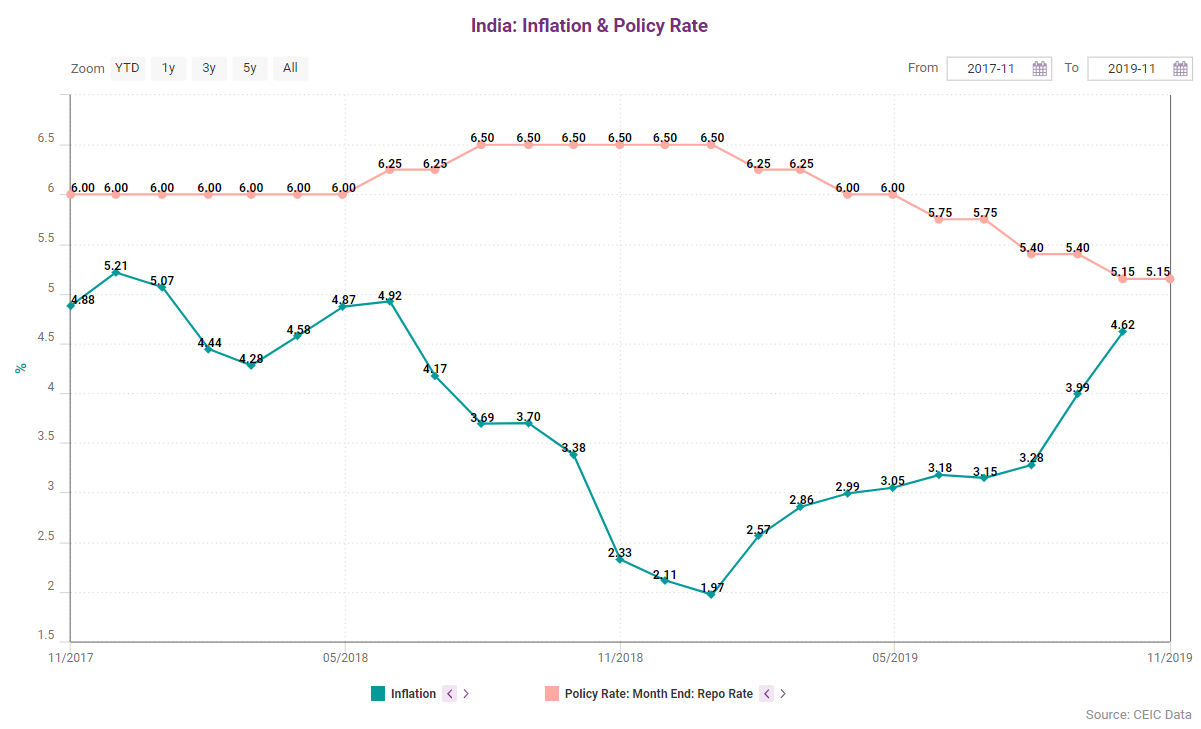 The Reserve Bank of India (RBI) has been loosening monetary policy since the beginning of year by gradually lowering the benchmark repo rate from 6.5% in January 2019 to 5.15% in December 2019, which amounts to 135 basis points reduction in five consecutive cuts.

According to the BRI’s statement, the Monetary Policy Committee (MPC) will continue to pursue the accommodative stance as long as it is necessary to revive economic growth, while keeping inflation within the target range.

Detailed data and analysis on Japan’s Retail Sales can be found in the CEIC India Economy in a Snapshot - Q3 2019.