Industrial production growth from 2016 to September 2019

India's industrial production contracted by 4.27% y/y in September, following the decline of 1.41% y/y in the previous month. This was the lowest figure since October 2011, when the industrial output dropped by 4.9% y/y.

After these two consecutive months with declines, a further economic slowdown could be anticipated. The decreasing industrial output was a result mainly of significant drops in the mining sector (-8.47% y/y), the manufacturing (-3.9% y/y) and electricity sector (-2.6% y/y). 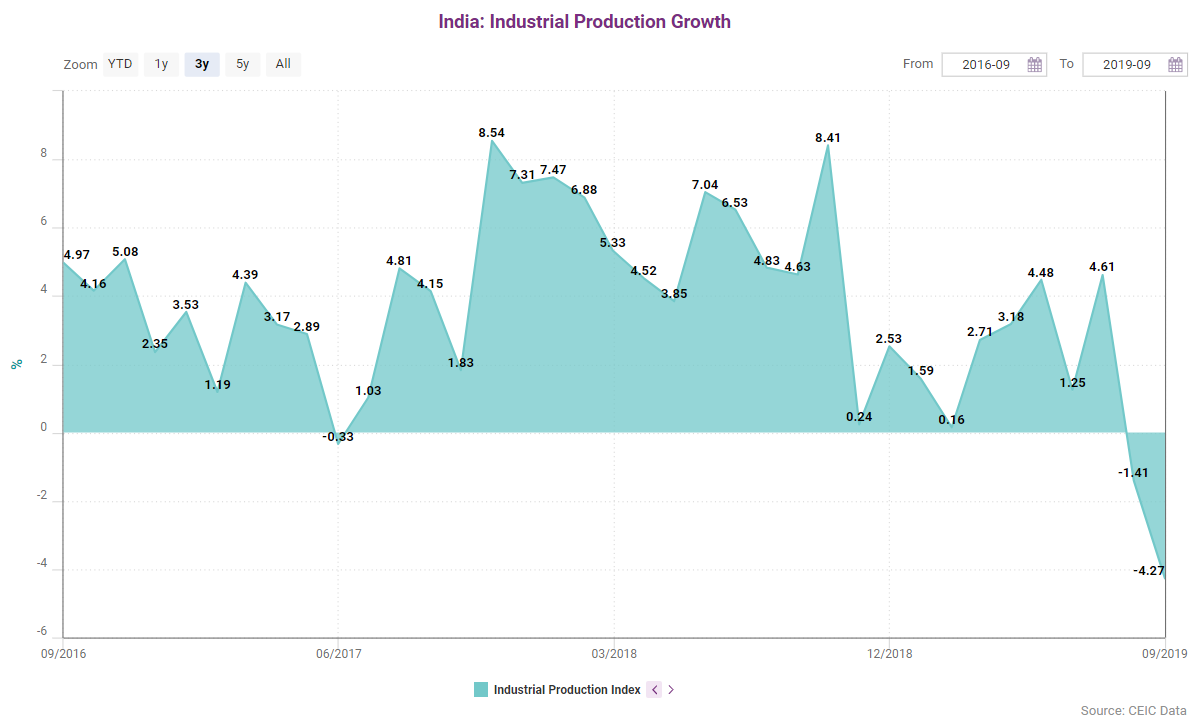 Detailed data and analysis on India’s economy can be found in the CEIC India Economy in a Snapshot - Q3 2019.