For the first ten months of 2019, the retail sales index averaged 2.64% y/y, slowing down against last year

Among the top four economies in the area, the retail sales in Spain maintained the upward trend, growing 2.6% y/y in October 2019, while Germany reported a 0.74% y/y uptick during the same month. France and Italy reported growth in retail sales by 2.7% y/y and 1.68% y/y, respectively, in September 2019. 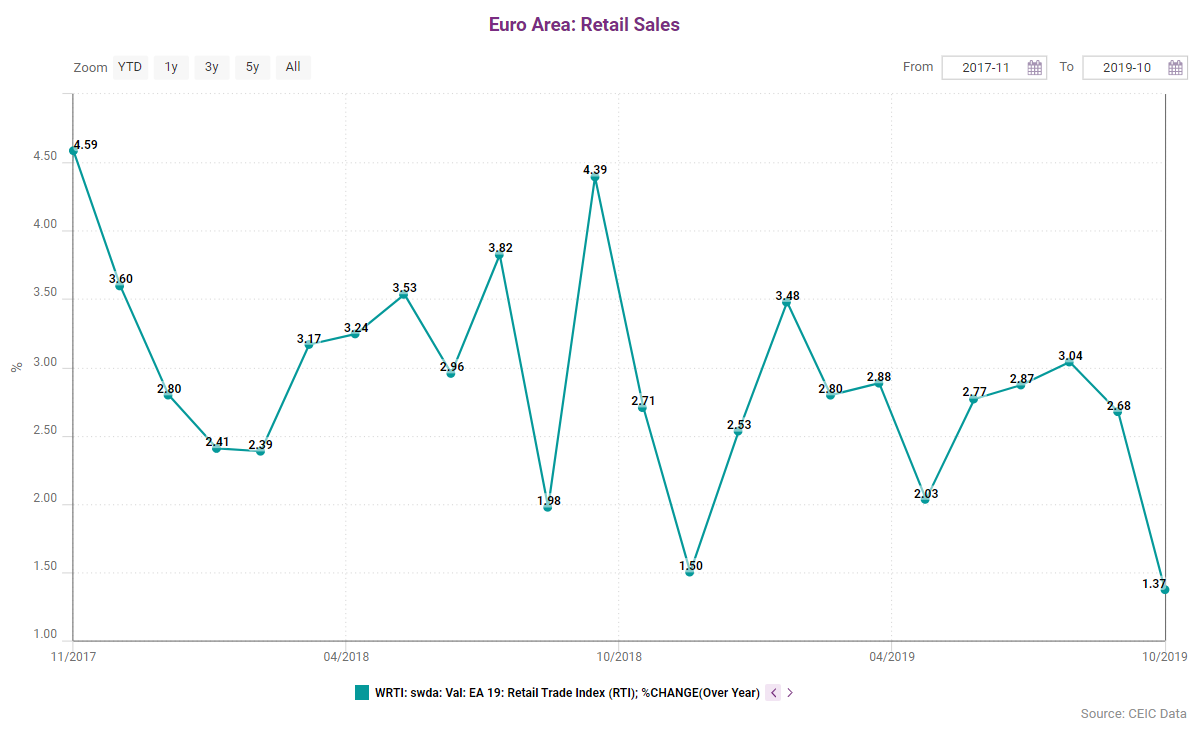 Detailed data and analysis on Japan’s Retail Sales can be found in the CEIC Euro Area Economy in a Snapshot - Q3 2019.