China's composite PMI jumped to 53.7 points in November - the highest level since March.

The November 2019 China’s PMI data published by the National Bureau of Statistics showed significant improvement in sentiment. The composite PMI jumped to 53.7 points, the highest level since March, from 52 in October, increasing by 1.7 points.

The services sector PMI rose to 53.3 from 51.4 in October, the quickest pace in 2019. Meanwhile, the manufacturing sector PMI also climbed to 50.2 from 49.3 in October, passing the 50-points-threshold and thus entering expansion territory for the first time since April. These improvements could be partly explained with the counter-cyclical policies. 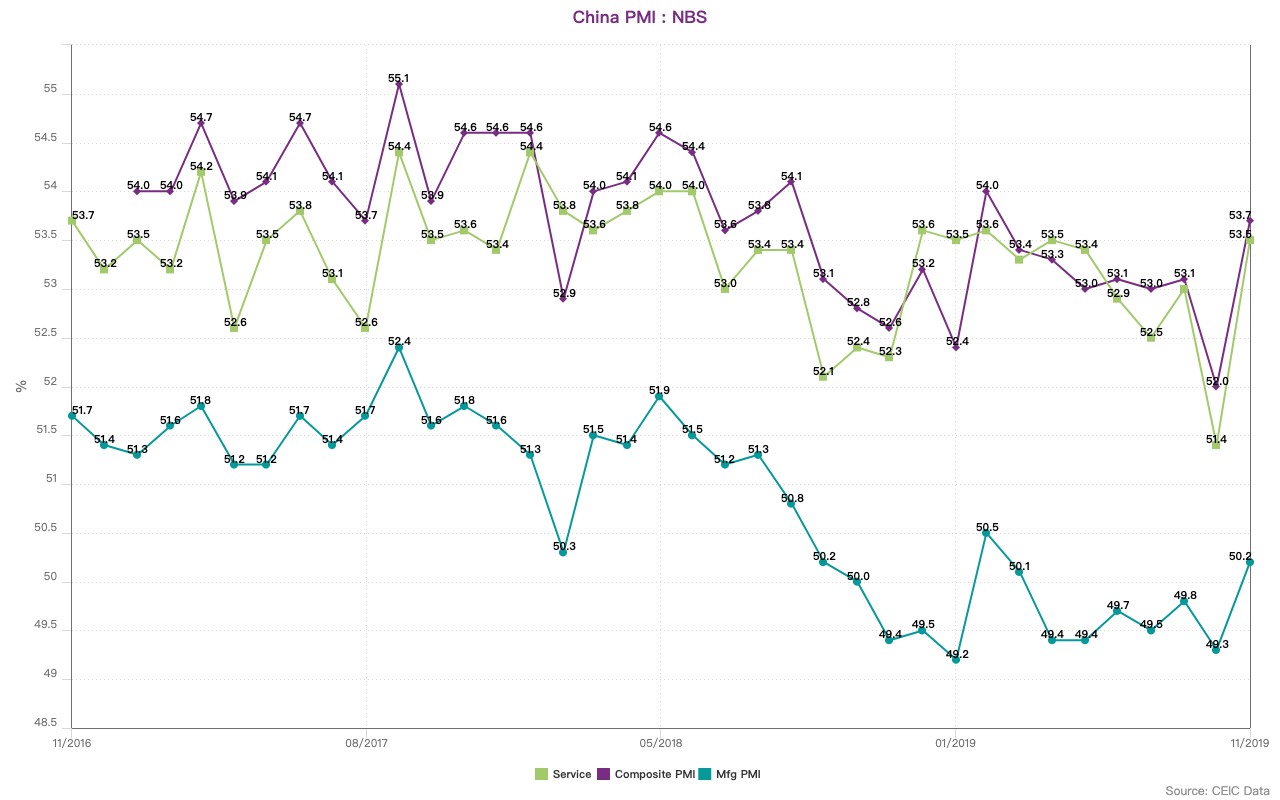 China’s PMI data shows acceleration in business activity, however, not without pressures from external demand and employment. The PMI figures for the new export orders in manufacturing and services in November were 48.8 and 48.5, respectively, staying in the contraction area.

Further, the business sentiment on hiring revealed gloomier prospects. PMI’s trends regarding employment in manufacturing and services remained sluggish, with the figures staying at 47.3 and 47.8 points, respectively.

Detailed data and analysis on China’s business activity can be found in the CEIC China Economy in a Snapshot – Q4 2019.