The tourism sector is one of the key economic drivers in the ASEAN region. With their diverse cultures the ASEAN countries attract over one hundred million travelers from the rest of the world. As of the end of 2018, ASEAN (excluding Brunei) welcomed 130 million international tourists, with the figure surging by 8% from 2017. The four countries attracting the highest number of tourists were Thailand, Malaysia, Vietnam and Indonesia. They accounted for 75% of ASEAN’s international tourists. 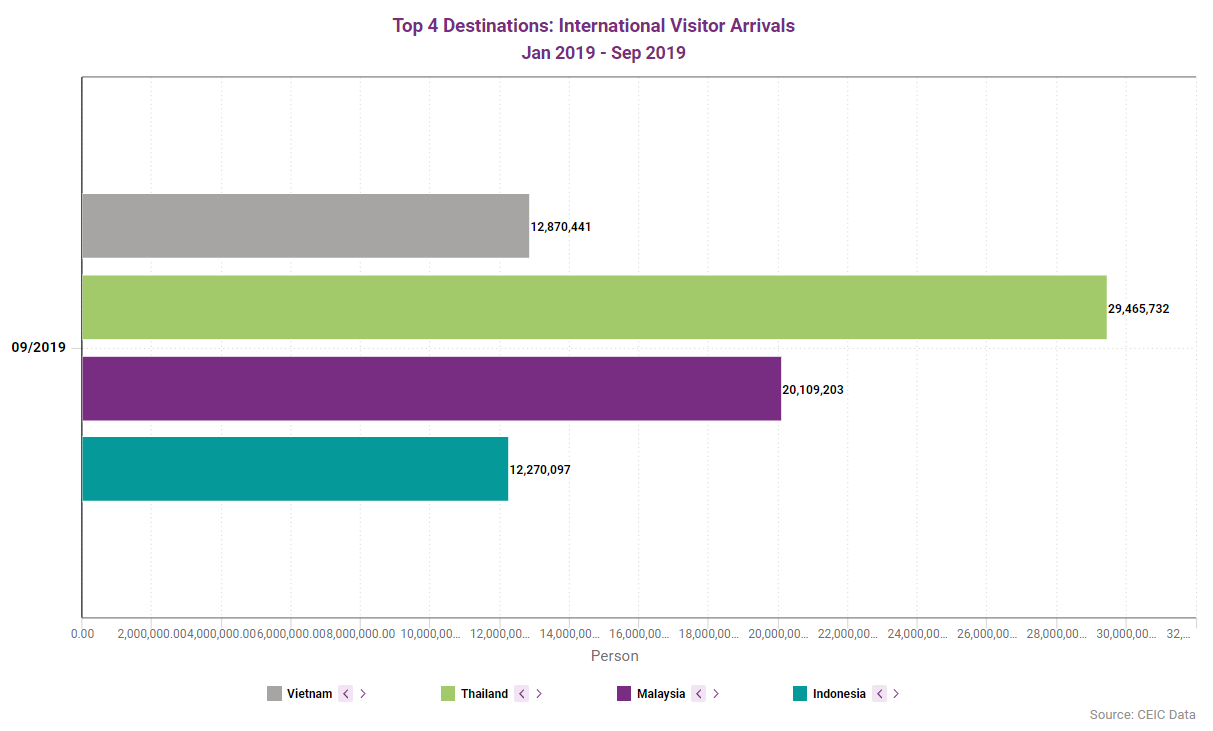 Detailed data on ASEAN can be found in the CEIC ASEAN Tourism.