The country has recorded higher-than-expected tax revenues in recent months, which had a positive impact on public finances.

The Brazilian public debt declined to 86.7% of GDP in April, from 88.9% of GDP in March, supported by a rebound of economic activity in the fourth month of the year. 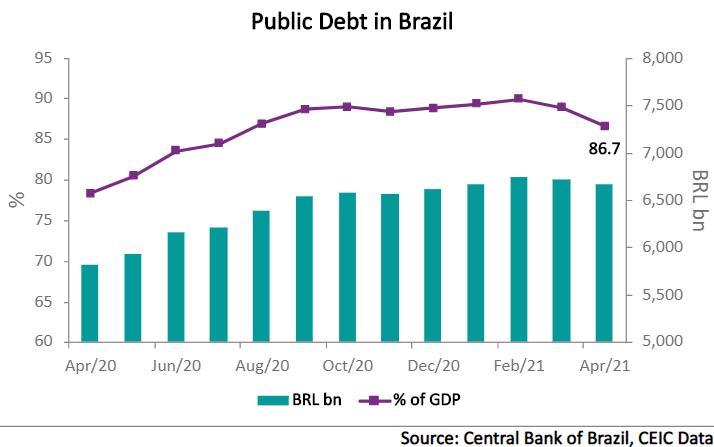 The country has recorded higher-than-expected tax revenues in the recent months, which had a positive impact on public finances. Hence, the general government registered a primary budget surplus of BRL 24.3bn in April 2021, compared to a deficit of BRL 94.3bn in April 2020.

Further data and analysis on Brazil’s economy are available on the CEIC Brazil Economy in a Snapshot – Q1 2021 report.

China and the United States: Co-operation and Competition Report

India Monetary Policy: What are the Experts Looking At?