The April figure is the highest since records began in 1948 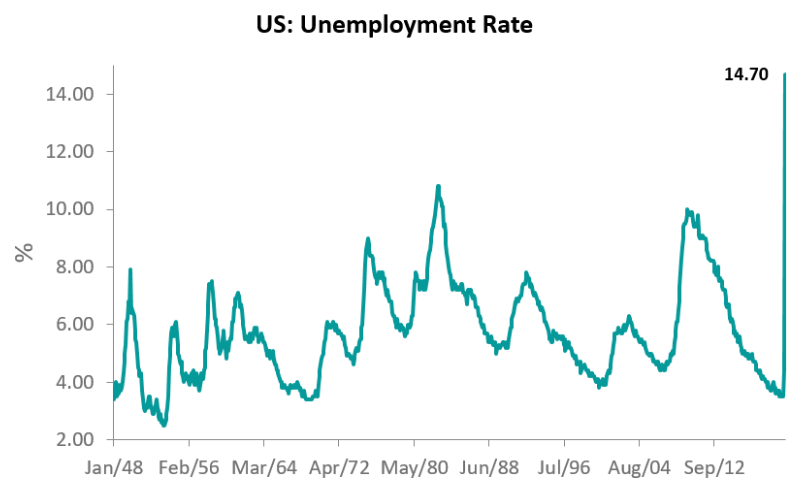 The jump was largely expected, because the weekly jobless claims began skyrocketing in March as a result of the quarantine measures implemented to contain the COVID-19 outbreak.

In absolute terms the unemployed Americans in April were 23.07 million compared to 7.1 million in March. This too was the highest figure on record.

Detailed data and analysis on COVID-19 and its economic impact can be found on the CEIC COVID-19 Outbreak and Impact Monitor.