For the first five months of 2020, China’s real industrial output dropped by 2.8% y/y

According to the data, released by the National Bureau of Statistics, China’s real industrial output continued to expand in May, increasing by 4.4% y/y, faster than in April. The acceleration was mainly driven by the significant improvement in utilities and by the continued recovery in manufacturing. 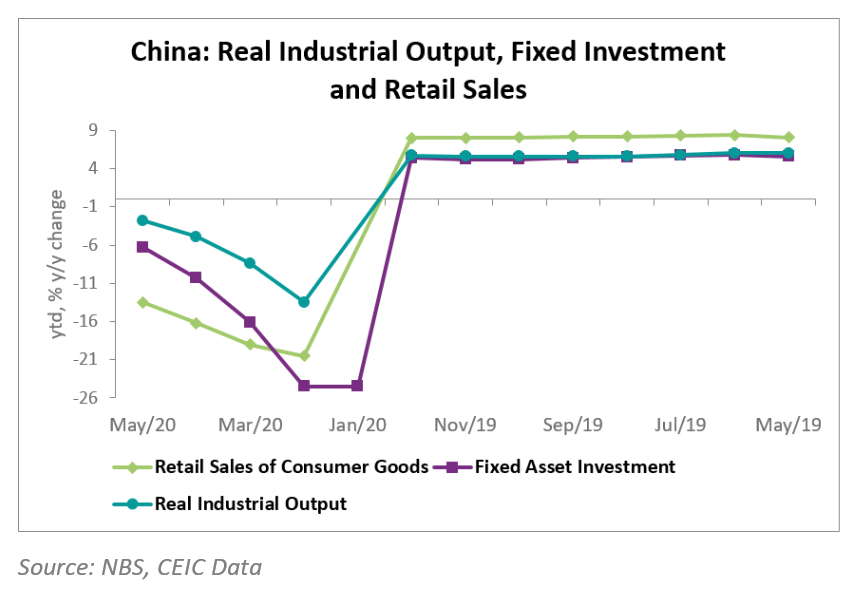 For the first five months of 2020, China’s real industrial output dropped by 2.8% y/y, less steep than the 4.9% y/y decline from January to April and in line with expectations, indicating that the recovery is maintaining its momentum.

Retail sales of consumer goods decreased by 13.5% y/y during the period from January to May, less steep than during the first four months of 2020. The tepid recovery was partly due to the pessimistic expectation for China’s labour market.

Detailed data and analysis on COVID-19 and its economic impact can be found in CEIC’s Coronavirus Data Monitor. Further data and information on China’s Economy can be found in the CEIC China Economy in a Snapshot - Q2 2020.