The number of flights handled by China's major airports improved in June for the fourth consecutive month. 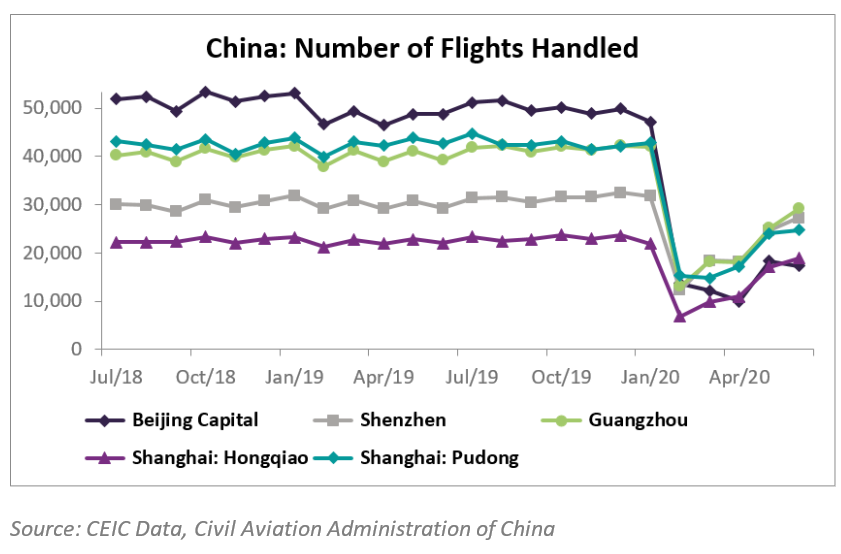 The air traffic on the major Chinese airports was significantly affected by the lockdown. In February, the number of flights handled by the Chinese airports dropped to 246,000 in from 879,000 in the previous month.