China’s official consumer price index (CPI) rose by 0.4% y/y in March, in contrast to a 0.2% y/y decline in the previous month. Food prices fell by 0.7% y/y in March, driven mainly by falling pork prices. Core CPI, excluding volatile food and energy prices, increased by 0.3% in March from a year earlier. 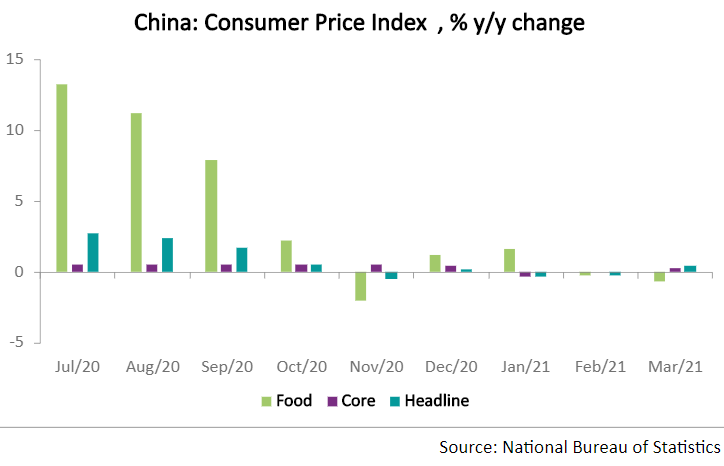 According to China’s NBS, this month’s headline CPI y/y increase was due to the significant weakening of the negative impact of carry-over factors.

Further data and analysis on China’s economy is available on the CEIC China Economy in a Snapshot – Q1 2021 report.