Indonesia’s inflation continued to decrease to 2.7% y/y in December 2019

The slow-down in the inflation rate from September onwards was caused by lower prices in key sectors such as transportation, communication, finance, housing, electricity and energy. 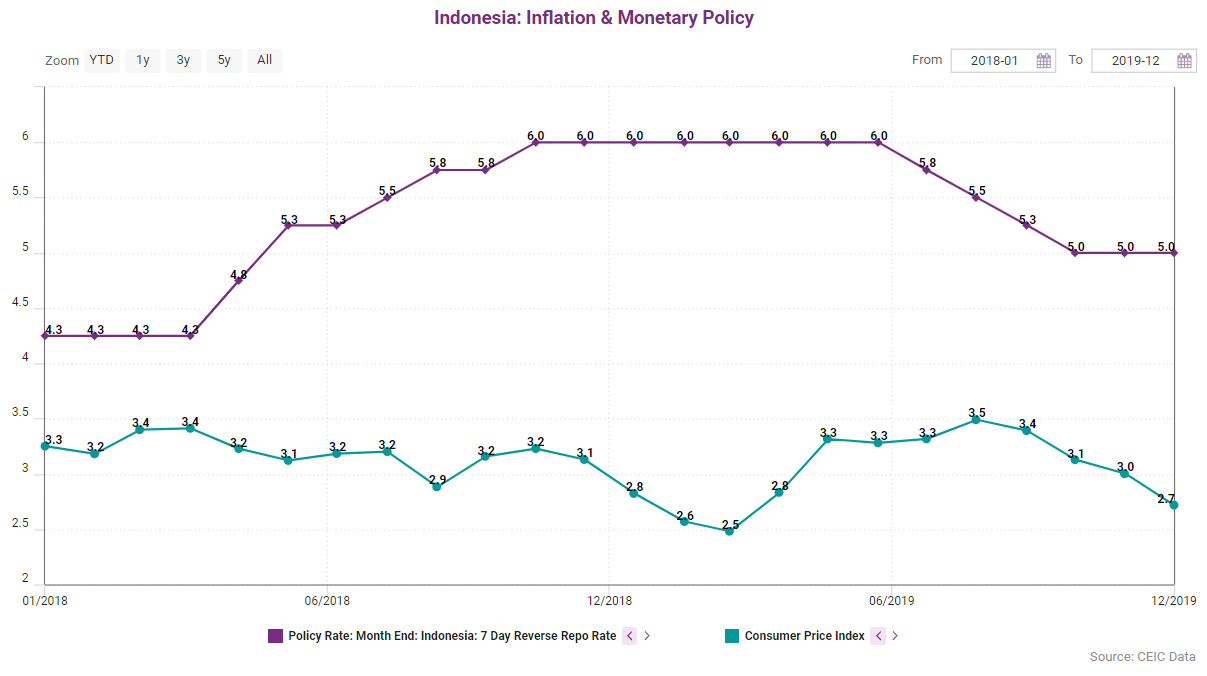 Indonesia’s central bank has been loosening the monetary policy since the beginning of 2019 by gradually lowering the benchmark 7-day repo rate from 6.0% in January to 5.0% in December.

According to the central bank’s press statement, the accommodative monetary policy remains suitable, as long as it could maintain domestic growth and external sector stability, while keeping inflation within the target range.

Detailed data and analysis on Indonesia’s Monetary Sector can be found in the CEIC Indonesia Economy in a Snapshot - Q3 2019.