The biggest driver was food and beverage prices, which jumped by 8.8% y/y in August 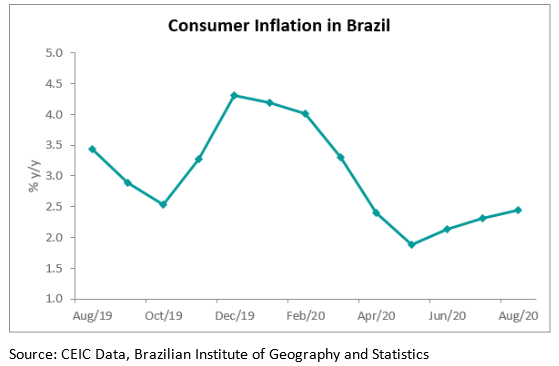 The biggest driver was food and beverage prices, which jumped by 8.8% y/y in August, influenced by a higher demand for food at home and exports. Health & personal care, and communication also pushed up the overall index in August, rising by 3.2% and 3% y/y, respectively. Prices of apparel, on the other hand, dropped by 2% y/y in August.

Despite accelerating in August, the consumer inflation in Brazil stays below the target range of 2.5% to 5.5% y/y for 2020 set by the National Monetary Council.